Rösten was composed in 1993 for Epilog and was originally intended as a piece for mellotron only. As the recording session approached, we decided to also use acoustic strings and flute. However, there were complications when rehearsing the string parts, which led to an incomplete “Rösten” when the Epilog recording started. The lack of time along with disagreement on what to do with the music piece, forced us to cancel the recording. It was a very late decision – late enough for the cover and booklet to already include “Rösten” with its title, lyrics, picture and everything. However, we developed an alternative solution in order to maintain the overall feeling: a mysterious sound scene that would symbolize Rösten.

In 2003, reissues of both Hybris and Epilog were made. Once more, our intentions were to record the piece entirely acoustical with strings, and thus finally complete Epilog. At the same time, we were in an intense rehearsing period for the upcoming tour. The fate of Rösten was yet again held back by the lack of time.

Rösten, as it is recorded now, has evolved from a quite minimalistic version first sketched in the

summer of 2008, containing just a few plain mellotron parts. Eventually, it grew to a grandiose arrangement having over 100 audio tracks (including 16 saxophones, 10 marching snares, three pianos, distorted electric bass and lots of – well, grotesque amounts of mellotron tracks), to finally end up in a more gracefully reduced version. Something like – Epilog.

The music is written and produced by Änglagård. 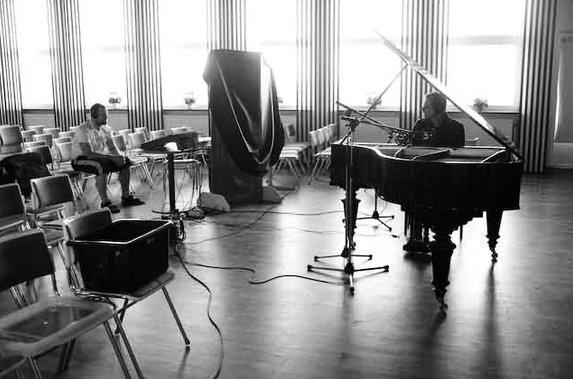