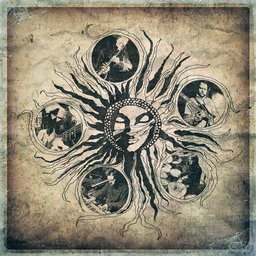 This is a recording of Änglagård performing live for the first time as a new group. Sharing the stage with Crimson ProjeKCt for three nights at the legendary Club Citta in Japan, the unleashed energy and curiosity of this creative group, literally playing on their toes, is a guaranteed listening experience. You will find yourself grabbing for your hat during exquisite hard- progging passages, and yet be able to hear a feather drop when the band goes down for super-sensitive ostinatos (the album was a real challenge to mix for superb mixing-engineer Alar Suurna; the dynamic level was huge!). Recorded March 15th, 16th, 17th 2013. 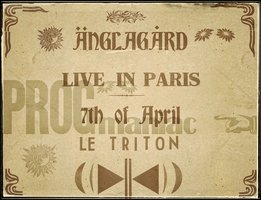 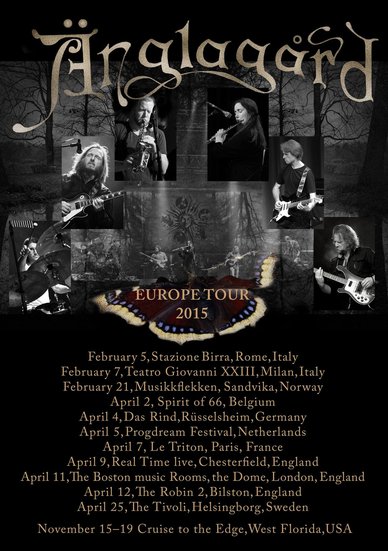 After a successful trip to Italy and Norway, we are once again eager to get going ...

Änglagård back to sextet lineup!

The band is once again becoming a sextet constellation as original Änglagård guitarist Jonas Engdegård rejoins.

We are all very excited returning to the original dual-guitarist concept. This opens up for arrngements and timbres that lies very close to our hearts, as well as giving the audience all the full original guitar scores of the old songs.

Futhermore, a set of upcoming shows for 2015 is currently in the pipe, so stay tuned, don't miss it!

We also have some time to try out new themes that pops up. Linus always brings his own coffee to rehearsels. He say's he can't stand the instant coffee at the studio, and to be honest, no one else can either. We have to buy him a bigger thermos!

We welcome Erik Hammarström, who plays drums and percussion with great groove, and keyboard virtuoso Linus Kåse. Back in the band is Tord Lindman on guitar and vocals.

At the moment we are rehearsing songs and writing new material. In 2013 we plan to play live again. We have been invited to play in Japan and it is planned for some time in March. We'll do one gig before that, probably in Stockholm. Later on we plan to also play gigs in Europe. The dates are not yet fixed, but we hope to be able to bring you more detailed plans shortly.

The vinyl versions of Viljans Öga are now sold out. Still, it appears that another batch of the black vinyl edition is being manufactured. You can pre-order it from RecordHeaven.net (S). The CD version should be available again by the end of August (from various mailorders).

The vinyl versions of Viljans Öga are now available at various mailorders:

The CD version should be available again by the end of August.

The limited edition mentioned in the previous update is now sold out. You can still get the regular CD version of Viljans Öga at alvarsdotter.com. 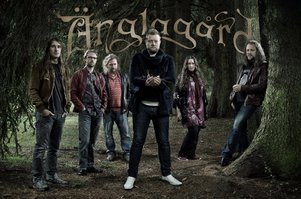