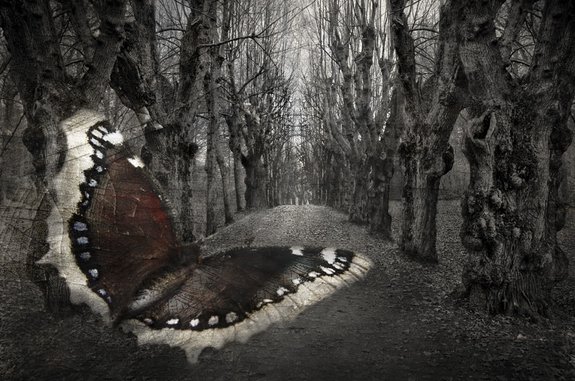 This is Änglagård's official homepage.

Änglagård was founded in Stockholm in 1991 and disbanded in 1994 after their perfomance at the Progfest in Los Angeles. During this period they released two albums, "Hybris" an "Epilog", now considered classics in the realm of Scandinavian progressive rock music.

2002 saw the band revitalized and rehearsing again. Änglagård played a few concerts in the U.S. and Europe in 2003, including a very successful performance at NEARFest, before returning into hibernation. But Änglagard was to return once again; around 2008 Änglagard started writing music for their third album, Viljans Öga, eventually released in the summer of 2012.

In the spring of 1991 Tord and Johan put up a watercolor poster, on the wall of the record shop "Mellotronen" in Stockholm. The poster had progressive slogans that read; "the crazy souls and the hope to start a band in prog sign". Jonas and Thomas answered and the two different groups met. Thomas and Jonas had a tape with them which contained a first rough version of what was to become the song Jordrök.